The Office of Health and Human Services conducts wellness outreach initiatives in each U.S. Congressional District.

The Health and Human Services Committee develops HHS programs to help protect the health of ALL Americans and provide insight and recommendations for healthy living especially for low-income, disadvantaged families. 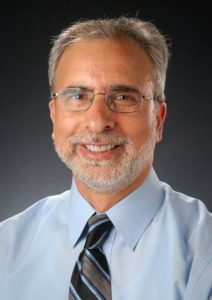 Dr. Shoukat Qari is a Senior Health Scientist at the Centers for Disease Control and Prevention (CDC)*. He has served as an Adjunct Assistant Professor at Emory University. After early education in Kashmir, Shoukat earned his DVM and MVSc degrees from India and PhD from France. As a laboratorian, he conducted research on Clostridium, malaria, and HIV. Currently, he supports CDC public health preparedness and response efforts at the federal, state, local, territorial and tribal levels. His scientific work has been published in various journals and books, and presented at international conferences. He is an Editor of the Infection, Genetics and Evolution journal, and has served as the Chief Guest Editor for a special issue of the Public Health Reports. Shoukat is actively involved in the community, and has served as the Director of Commissioners and an elected Board Member in the Gwinnett Soccer Academy – home to several national players. Shoukat has produced and presented programs on Indian national radio and television, covering various public health-related topics. He loves traveling, hiking and reading. He is married and has two children.

*Disclaimer: Dr. Shoukat Qari’s participation in HSFA is not as a CDC employee, and his activities and views do not necessarily represent or express the official position, views, or policies of the CDC.

To strengthen the nation’s health security.

To protect health, save lives, and improve human services systems by enhancing the community capabilities related to prevention, protection against, mitigation, response to, and recovery from the health consequences of intentional, natural, and technological incidents. 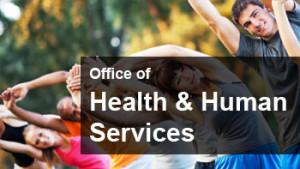 The focus of the MPVV program is to provide Veterans with the tools necessary to seek help, whether it be PTSD, depression, reintegration into society, etc. Ultimately, the scope of MPVV would be nationwide but Phase I seeks a five-city pilot program. The cities have been selected due to demographics, existing relationships and proximity to military installations, rationale in parenthesis below: br />

As part of the program, each pilot location would include MPVV kiosks that could be co-branded and/or provide additional services to Veterans and the community at large.

In addition, Phase II of the MPVV project would look to build upon the kiosk platform and further build out the Kiosk software engine and online Cloud Consultation Collaboration, which would ultimately bring personalized care to Veterans across the US including hard to reach rural areas. Kiosks would be added across the country and ultimately be in every congressional district nationwide.

The research proposed encompasses developing a technologically advanced platform to deploy individual apps for schools within the 435 congressional districts. This platform will allow school and district administrators to connect directly with students, parents, faculty, staff and alumni through their school or district’s custom-tailored app for iPhone, iPad and Android. Devices will feature teacher and principal blogs, newsfeed, event calendars, contact directory, interactive maps, quick links, picture and document galleries, student tools and time-saving social media integration. The app will also electronically provide information on disaster planning, mitigation and preparedness on a secured cloud-based platform that is extremely user friendly for administrators who will be able to update or change data easily.

The use of mobile devices to view content has steadily increased over the years. Statistics show that consumers will look first at their mobile device for information before reviewing on a laptop. The school app program will help increase and develop better communication between school faculty, parents, and other involved members of the community.

In 2013 and 2014 at least two major occurrences happened in the Atlanta metropolitan area where the usage of the school app would have been an essential communication tool. On August 20, 2013, a twenty year old gunman entered a metropolitan middle school. While the armed man was in the front office, students were evacuated through the rear of the school. The communication that parents received during those crucial moments was poor. Parents were panicked and unaware of the whereabouts of their children who were taken to nearby locations outside of the school. A large number of parents learned of the incident from the news. With the school app program, an administrator or school official could have easily sent a push notification to parents, informing them that there was an incident at the school, their children were safe and then given directions to the pickup locations of their children. Another incident that occurred January 29, 2014, was an Atlanta snow storm of epic proportion. An estimated 2,000 children ended up spending the night away from home because they were stuck on buses and in classrooms. Some parents were unaware of where their children were however, one school in particular, Russell Elementary School in Smyrna, GA, was able to send push notifications instantly to parents as soon as word of closings were announced. Russell is one of the pilot schools for the school app program and along with five other Cobb County schools, have received the app free of charge.

With events such as school emergencies, snow storms, tornadoes, hurricanes, fires, floods, earthquakes, and other devastating events that may occur, it is imperative to have a tool available that can reach parents and community members at a moment’s notice. In the case of a natural disaster, communities need to have information readily available. Disaster preparedness links placed on each school app can be the perfect tool to facilitate awareness, education and training in case of these types of emergencies.