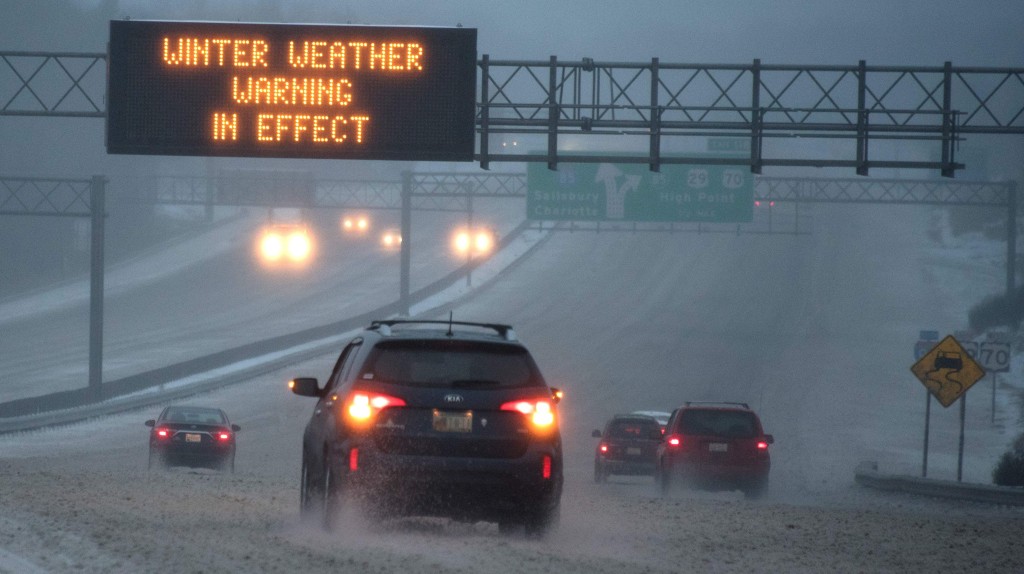 Winter Storm (CNN): Cities scrambled Sunday to dig themselves out from the snow and ice of a massive blizzard that clobbered the East Coast, but officials warned residents to remain vigilant even as the storm heads into the Atlantic Ocean.

Perhaps New York Gov. Andrew Cuomo put it best when he said, “We’re not out of the woods yet.”

That especially applies to New Jersey, where flooding remains a concern as residents watch high water flood a number of cities along the coast.

In Philadelphia, the blizzard warning ended overnight, and the city had more than 400 plows in the street and was scheduled to conclude emergency operations at some point Sunday, said Samantha Phillips, director of the city Office of Emergency Management.

The sun and rising temperatures in some areas Sunday should aid cleanup efforts, but meteorologists continue to worry about ice.

The storm has killed at least 14 people, grounded thousands of flights and shut down travel in many of the nation’s largest cities. One of the hardest-hit locales was Glengary, West Virginia, a small town about 85 miles northwest of Washington, which preliminary figures show received 42 inches of snow.

But snow wasn’t the only product of the storm. Dewey Beach, Delaware, and Virginia’s Langley Air Force Base both reported 75-mph winds, just over hurricane force.

As of early Sunday morning, more than 74,000 customers were without power as a result of the storm, most in North Carolina. And 8,569 flights were canceled on Saturday and Sunday, according to flight-tracking service FlightAware.com.

Mass transit services in Washington and Baltimore were suspended for the weekend, and some Amtrak service to and from the East Coast was canceled or truncated.

A travel ban was in effect on all roads in New York City and Long Island on Saturday, but was lifted at 7 a.m. Sunday.

All roads, bridges, tunnels and airports had reopened, Cuomo said. Trains were running on a modified schedule, with the exception of the Long Island Rail Road, which needed work to repair yards and get trains and stations “ready for passengers,” he said.

Broadway, where Saturday shows were canceled as the blizzard raged, also saw its electricity restored and all shows scheduled for Sunday will be performed as planned, according to The Broadway League.

“The show must go on,” League president Charlotte St. Martin said in a statement.

What are YOU gonna do about… WINTER STORMS and EXTREME COLD?

Excerpt from “It’s a Disas 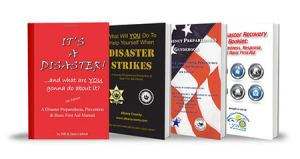 “Winter storms can last for many days and include high winds, freezing rain, sleet or hail, heavy snowfall and extreme cold. These types of winter storms can shut
down a city or area mainly due to blocked roads and downed power lines. People can be stranded in their car or trapped at home for hours or days, but there are many other hazards that come with these storms. The leading cause of death during winter storms is automobile or other transportation accidents and the second leading cause of death is heart attacks. Hypothermia (or freezing to death) is very common with the elderly who sometimes die inside their homes because it is so cold. The best way to protect yourself from a winter disaster is to plan ahead before the cold weather begins. Take advantage of spring sales when winter items are cheaper so you’re ready for next winter.

BEFORE A WINTER STORM: Prepare – Review FLOOD, POWER LOSS, WIND and WINTER STORM MITIGATION at beginning of this Section.

THE REDBOOK (“IT’S A DISASTER!”) provides quick-reference instructional bullets in 2-color format with tips on what people should think about and do before, during and after specific types of emergencies and disasters, as well as how to administer basic first aid.

Our RedBook has been helping millions of people prepare for disaster since 1999.  Disaster after disaster, we’ve learned that preparedness saves lives.  Don’t miss your opportunity to become a RedBook community partner and help keep families safe.